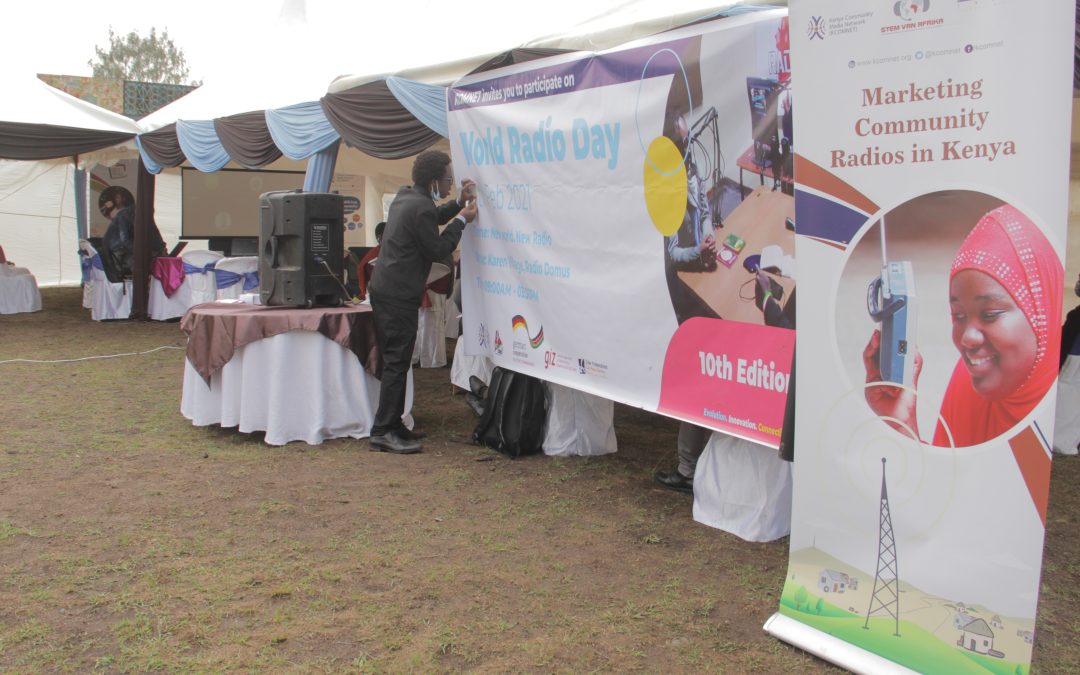 World Radio Day is a global celebration established in the year 2012 by UNESCO, aimed at celebrating radio broadcast, improve international cooperation among radio broadcasters and encourage decision-makers to create and provide access to information through radio, including community radios. It’s an occasion to draw attention to the unique value of radio, which remains the medium to reach the widest audience and is currently taking up new technological forms and devices.

The theme for the 10th edition of WRD was ‘New world, New Radio, divided into three subthemes Evolution, Innovation and Connection. 2021 celebrations came at the height of COVID-19 pandemic affecting every conners of the world, bringing new realities which have had great impact on the economy and the social fabric.

How have community radios evolved? 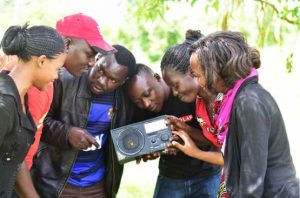 As the technology changes the radio too has been changing and according to UNESCO it is still a powerful medium in both local and global spheres. During the 2021 celebration, Grace Githaiga who was one of the panelists and board member for KCOMNET gave a detailed journey on how community radio was born in Kenya and how it has evolved from 1st community radio in Homabay 1982 to over 40 community radio in 2021. ‘We borrowed the idea of community radio from Mali and South Africa who were ahead of us and in the early 90’s it was a new concept to everyone, we started lobbying when Moi’s government was in power, by then there was no legal definition of a community radio and the frequency fees for all broadcasters was the same. This was a huge challenge’ said Githaiga.  According to Grace, the progress of community radio was attributed by continuously lobbying that bore fruits in late 90’s when several community radio stations were given license to broadcast by then Communication Commision of Kenya [CCK] and annual frequency fee reduced from Ksh.150,000 to Ksh.15,000 per year. This development motivated many communities to start their own radios. Currently the total number of these low-limited frequency FM stations stands at about 42.

These sentiments were echoed by Abraham Marita from Internews and one of the key speakers ‘yes the radio has and will continue to evolve but the objective should not change. That is why capacity building is key so that the journalists are equipped with enough skills to create credible content that is relevant and that resonate with the primary target audience. He however emphasized on the need for community journalists to embrace innovation by exploring and maximizing on digital platforms in telling their stories.

Jael Lieta from DW Acadmie Alumni-Kenya Chapter pointed out that the community radio stations needed to understand innovation beyond digital transformation.“Innovation is not only about digital space but also is about creating a niche of our programming not copy and paste as we see. There are also creative ideas like broadcasting on location instead of being in the studio and putting content on podcasts and by that you make money among other ideas, that is still called innovation.”

The assistant Acting Director General of Communications Authority Mr. Peter Ikumilu, who was the chief guest at the event acknowledged the efforts of community radios in embracing technology as they inform and educate the public and also in promoting peaceful coexistence within the community.

“The authority has also made it mandatory for broadcasters to put in place a seven-second broadcast delay mechanism for live broadcasts or telephone call-ins to facilitate blocking of unintended content from being aired.” – Peter Ikumilu 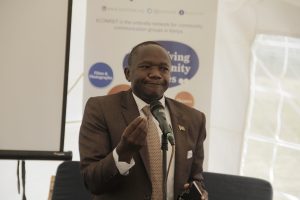 In his speech on behalf of Mercy Wanjau, Acting Director General of CA, he elaborated the importance of community radio embracing the new technology of programming code while inviting the community broadcasters for further discussions.

He nonetheless stated that code was subject to reviews based on practical experiences and thus not a cast on stone document. In order to uphold ethics in content dissemination, he reminded the broadcasters on the importance of phone- in delaying mechanism tool which was introduced by the authority some years back.  ‘

Community radio managers present during the event expressed their concern regarding frequency license fees from Communications Authority and Copyright fees from the Kenya Copyright Board (KECOBO) as well as purchase of broadcast delay equipment due to financial constraints.

‘Though we are doing our best to educate and to inform our communities on COVID 19 pandemic, we are struggling to pay our bills including the license fees and so we are requesting the Communication Authority to grant us a waiver’’ retreated Patrick Ojanji, Station Manager Bulala Fm. The Authority however, committed to create a space for dialogue with community radios, urged KCOMNET to organize for a forum with the regulator to discuss all the issues of concern.

The radio broadcasters also shared their experiences on how they used their platform to create awareness during the COVID 19 pandemic using various local languages. According to them the COVID situation posed some advantages and disadvantages at the same time. For instance, some reported a gradual increase in numbers of listeners due to the stay home directive especially in the early stages of the crisis.

“people were stuck in their homes and not many people own TV or can access internet 24-7 hours a day and so the only affordable option was radio, we had more listeners participating in our programs compared to previous years” Bonface Opany, radio station manager Domus Marie, Kajiado.

Although radio faces stiff competition from TV and internet, by far, it’s still the most recognized and widely used medium of information according to Oloo Janak who is chair of the Kenya Correspondents Association (KCA)

“Community radios are a powerful tool and this was evident during the pandemic because as much as statistics show many people using the internet, how many can afford it every day in day out? With the technology of listening to radio through phones and other platforms, radio played a big role in educating and connecting communities during the pandemic’’ He pointed out.   At the same time, he noted that the power of radio in connecting communities was tested during the pandemic.The challenges the broadcasters faced last year were enormous but resilience to stay afloat was evident. Some radio managers shared how they came up with creative ways like mob fundraising through the internet, donation from churches and mosques while others approached local philanthropists.

KCOMNET coordinator Mboya emphasized on the network’s commitment in keeping the voice of community radio alive.“As KCOMNET and other partners we will continue to support the community media and as it has come out today profiling of community radio is key but also making sure that they are fully involved in advocacy as far as freedom of media, media policies and regulation is concerned is also our priority. The issue of sustainability of community radios is also important. We can only achieve all this if we work together, understand our objective and move together as a team” remarked Mboya.