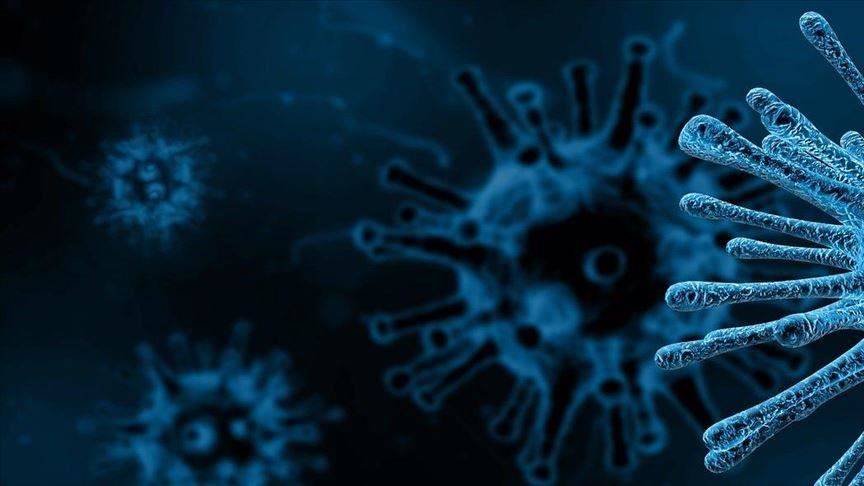 During the month of July, September and October 2020, Kenya Community Media Network, Catholic Media Council and Stem Van Afrika partnered with 5 community media stations to educate the children on COVID 19 pandemic. When the pandemic started a lot of sensitization was geared towards the general public. Most of the information was general and not so much information was child friendly especially at the local level.  Secondly there was a lot of misinformation on COVID 19 in regards to children. Some of the notable misinformation alluded that children could not be affected and also speculations on whether they wear masks or not.

In this Case ‘Together against COVID 19’ was initiated to fill this gap by using radio to in enhancing understanding the pandemic and the challenges associated with it among children and teenagers.  The project involved community radio stations such as Koch Fm, Pamoja Fm, Mtaani Fm, Ruben Fm and Ghetto Fm which are situated in the   urban informal settlements. These informal settlements are characterised by inadequate household water and sanitation, little or no waste management and limited access to formal health care facilities which made them vulnerable to COVID 19.  Most of the children live in densely populated houses while sharing toilets and water points with other households. Confining children in small spaces was next to impossible so parents resorted to allowing their children to play outside as usual hence risking chances of them contracting the virus. There was a need to educate the public and especially parents and children on innovative ways that are tailor made to fit their sanitation needs in order to keep them safe. Using radio, to sensitize the communities was crucial because it was the most practical and affordable medium of communication to the families. That is why during the lockdown the community radios experienced a surge of listeners because many people were stuck at home.

The project had 3 main activities that included fact checking, live interviews and radio drama skits and spots. Fact checking was the key activity and through KCOMNET led team of fact checkers, they played a big role in debunking fake news on COVID 19 and providing factual information to the 5 radio stations.  The team worked closely with the radio stations not only to verify information but also monitor content broadcasted by the radio stations. Another activity was the production of live radio programs that targeted teenagers and children. The radio programs were created in a way that was easy for the children to understand the pandemic. Among the radio shows   was on how to adjust to home as their new learning environment during this time of COVID-19. Staying at home for long hours the possibility of conflicts within the families was high that is why it was important to have radio shows educating parents on listening and understanding the child and have an open communication especially with the teenagers. The live radio campaigns had several stakeholders as guests including community members, health experts, community leaders, Nairobi county among others.

Short captivating radio dramas with children as main characters were also used to lay information in entertaining ways not only to catch the ear of the children but also passing important information. The drama skits focused on emerging issues due to the pandemic like children Safety online and offline, tips on nutrition and home care for children with disability. The drama also addressed issues that did put lives of children in danger like defilement, child abuse, exposing them on harmful online content as they use phones to study. 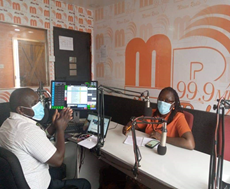 Kamadi Amata{left} interviewing Nelly Otieno a public officer on safety of children during the COVID 19 pandemic.

The listeners’ feedback came from both children, parents and community members at large. In some of the radio shows local health experts pointed out that they had experienced a reduction of hygiene related diseases like diarrhea in children. This was contributed by more community members embracing and observing hygiene practices like hand washing. At the same time, they local health facilities observed cases of malnutrition because most of the households were struggling to put food on the table and some families would go hungry for days.  The listeners’ feedbacks also showed the rise of cases of sexual abuse and in some cases, the perpetrators are close relatives, guardians or persons living with the victims. This has been contributed by children spending more time at home and this made them more vulnerable to perpetrators. The cases of teenage pregnancy had risen during the pandemic and according to the listeners’ feedback most of the victims were aged between 12 years to 18 years. This might affect the education of the girls who might be forced to stay at home and raise their kids. The live programs had to incorporate prevention messages to promote delayed sexual activeness for those who are not sexually active, anti-natal care for those who are already expectant, parent/teenage relationship and conflict resolution. The issue of mental health also comes up, a number of families could not afford basic needs including food and water and health care. This had contributed to rise of numbers of cases of depression and some even committing suicide which in general has affected wellbeing of some of the children. Cases of children going through depression had also been reported too and the radio stations through the programs had been the link between the children’s, parents and mental health institutions and counselors. Some of the few children who got hold of parents’ smartphones admitted to being on Facebook and other social media sites and bringing children experts on safety of children did educate the parents on online safety for children.

Most of the community radios have a challenge of equipment, and few equipment meant more people sharing recorders and microphones. So as part of support the stations received recorders, shotgun microphones, masks and sanitizers. This was important so that to assist in smooth operation of the activity and also to keep the journalists safe from contracting the virus.  The project proved that COVID 19 did majorly affect the lives of children as it did to the adult. It brought out the importance of open conversation between the children and parents. And even as the project ended the radios continued with the children friendly programs on the new emerging issues as the pandemic was still a threat.